There is a man who loves me.
Cherishes me.  Pursues me.
I haven’t always appreciated him.
And still he fights for me.
I was disgraced.  Justice burned in his heart.
I was rebellious.  Sadness welled in his eyes.
I was broken.  Determination set on his face.
He rose up.  Left everything behind.
Disregarding expectations.
He gave up all life had for him.
And he chose to stand by my side.
He romanced me.  Spoke of the life we could have together.
He promised all he had for me.
He told me stories of his home and his dad.
Said he couldn’t wait to take me there.
He was beautiful. He loved without bound.
But there was something wrong.
He knew I wasn’t ready.  He knew I needed help.
I could not just give my heart over in the state it was in.
I was not ready to go home with him.
I was not prepared for his intimate love.
I was not prepared for his father to see me.
He knew what stood in my way.
My enemies.  My past.
And he said “I can handle it.”
I was ready to just give up,
But he knew he could take it on.
He pursued me beyond what any love had done before.
My heart sealed away in chains,
He entered the great romance.
And every assailant attacking me took it out on him.
He beared the pain, the weight, the grief.
His father turned away.
He said, “Give it all to me.” And took it to his death.
And with his blood, my heart flew free.
He stands against every attack on me, his bride to be.
He is the greatest lover who cherishes and delights in me.
He makes me beautiful in my disgrace.
He pursues me to any end.
He is the love of my life.
He wrote our ultimate love story.
He is my comfort, my life, my groom.
He is the King of kings.

I am waiting for the moment
That I meet my very first child
A new person from two loves compiled
A life to nurture, so tender and mild
The miracle worth physical torment

Or should we just obey without looking for a way to do what we want to do?

I know I usually write poems, but I’ve decided that today’s post isn’t going to be in rhyme or meter.  It’s not even going to be artistic.  It’s just my thoughts.  Partly because I couldn’t do this subject justice in a poem, and partly because I’m completely poem’ed out and I need a break today.  (5 more days left in my “post every day for the month” challenge – there’s no way I could do this all year long)

I want to talk about something that completely questions my life, it’s purpose, and it’s direction.  It’s just one single word.

I know God’s called me to do missions work overseas.   I know he’s given me a passion for children.  What I don’t exactly know is  where I will be going and where.

I’ve had this idea that God has called me to East Africa, and that may still be true!  But I’m trying to get myself to slow down and figure out if that’s REALLY where he wants me.

Yes, I have full intent on returning to East Africa.  Probably to Uganda in my semester I have to spend abroad.  And I want to do more ministry and possibly an internship there.  I have some unfinished business with Africa that needs to be settled.

But full time?  I don’t know if that’s where I’m going.   I’ve been to Kenya and Uganda, and I would love to do missions work there, but 91% of the people groups in Uganda and 59% of the people groups in Kenya have already been reached.   Missionaries have gone and they’ve made disciples of these nations.  Should I be going to a nation that is already reached and already has its own saints to minister to the rest of the population?  I don’t think it’s wrong to do that, but I do think it would be wrong for me to ignore the fact that there are many other nations that are still mostly unreached.

I don’t know if I can justify going to a nation where the great commission has already been accomplished.

And I’ll be honest, the idea of going to one of those nations scares me to death.  Why?  Because those are the countries that you still hear stories of Christians being persecuted and killed in.

But I had a dream last night that really spoke to this fear.  In my dream a friend of mine was talking about tattoos and how he had wanted one but he decided against it because he didn’t want to permanently mark his body with an idea he wasn’t willing to die for.

I already have a tattoo.  It is my identity. 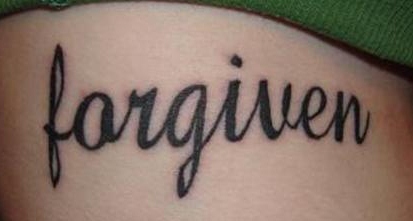 I had thought God was calling me to East Africa because I love the people and the culture there.   But just like Jesus calls us to love our enemies, God doesn’t always call us to go places we love.

But I am called to one thing that I love and that is the good news of Christ.

I can’t sit by and work at a Sunday school of a church that has been around for ages just because I love the country where the church is.

I am called to reach the unreached.  Isn’t that the whole point of missions?

So I guess this is just me saying:

God, I am scared to death of this but I trust that you have a good purpose for my life, be it long or short.  I will go where you want me to go.   I will give my life and my service to make your name known to those who have never heard it.  And I pray that you would accomplish your good and perfect will through me.

God I need you to answer my prayer.
Holy Spirit I need you there.
I’m lost and confused.  I need your advice.
Show me how to live a life that loves Christ.

Assumptions are surrounding me.
I need understanding to be set free.
Open my eyes and show me your path.
Let not my actions fall under your wrath.

Jesus, I love you.  You know this is true.
But I’ve got a lot do overcome before I’m like you.
Show me how to love but not break your heart.
Keep me for your own.  Don’t let me depart.

You know why I’m here.
You know what I hold dear.
Give me guidance in this.
Don’t let me forget you in my bliss.

Lord, I need you.  It’s as simple as that.
Can you please show me where your will is at?
I know answers aren’t instant, and I’ll have to wait.
But God, please help me.  Make my path straight.

My fingers trace across the raised lines on my skin,
And I am always reminded that I’m forgiven of my sins.
The ink and scar as a symbol of a multitude of things.
Forever stained on my body.   Ingrained into my being.

Etched across the place where they speared my Savior Christ
To ensure this man’s death when He paid the  highest price.
An emblem on the spot where God opened Adam’s side,
And removed the flesh of his flesh to give a woman life.

One word with so much meaning.  My identity written there.
A permanent reminder of how much my Savior cares.
It’s the reason for my life.  The gift I’ll always carry with me.
It’s part of me forever, and who I am for eternity.

What Are You Searching For?